Club Tinder and The House of Collab Show Bring Speed-Matching from URL to IRL! 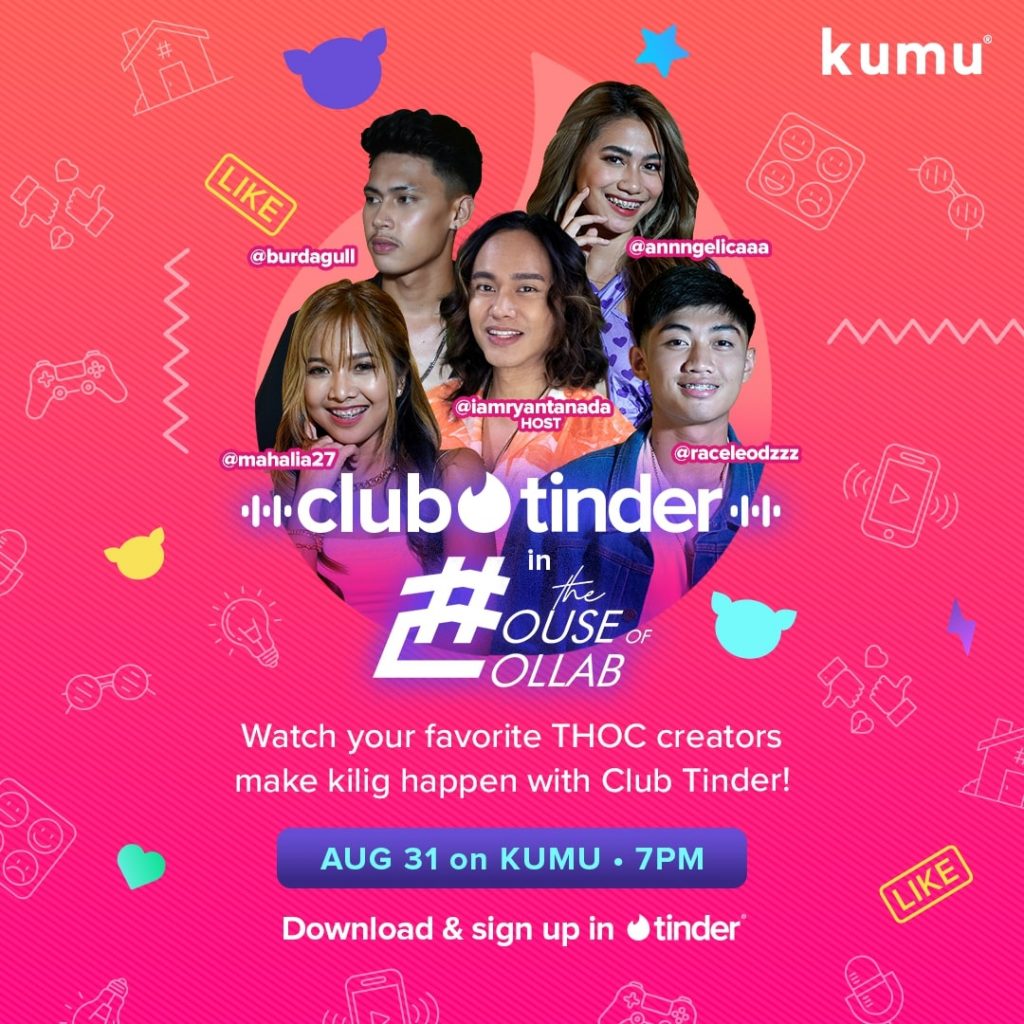 Manila, Philippines. August 25, 2022 – Bring the kilig vibe from URL to IRL and see sparks fly when Club Tinder meets The House of Collab! Launched in February 2022, Club Tinder is a fun singles event for Tinder members who share the same passions & interests. In its third edition, Club Tinder partners with The House of Collab (THOC), an online reality show that live streams 24/7 on Kumu. Tinder will select eight lucky members to participate in games & speed-matching activities — experiencing Club Tinder IRL!

Expected to be wilder, bigger, and packed with more fun and creative surprises, the latest edition of Club Tinder will explore the possibilities of sparks and connections formed through creative collaborations, taking cues from the young generation’s ‘create culture’. After a series of speed-matching activities, four of the eight participants will collaborate with THOC housemates to create content for Tinder. The content that will earn the highest views on their respective social media pages after 72 hours will win.

The registration for the latest edition of Club Tinder was opened on August 10, 2022. Over 500 participants have signed up since. Interested daters have until August 30 to match with the Club Tinder card in the app to get the chance to be part of the speed-matching event.

Tune in to The House of Collab’s Kumu Channel on August 31, 2022 and see sparks fly – Tinder style!

Tinder was launched at a hackathon in Hatch Labs, an incubator owned by IAC, in 2012 and is the world’s most popular app for meeting new people. Available in 190 countries and 40+ languages, it’s been downloaded more than 530 million times and led to more than 75 billion matches.