Home  /  Events  /  7 Reasons to Attend the Next ReKindle Event

7 Reasons to Attend the Next ReKindle Event 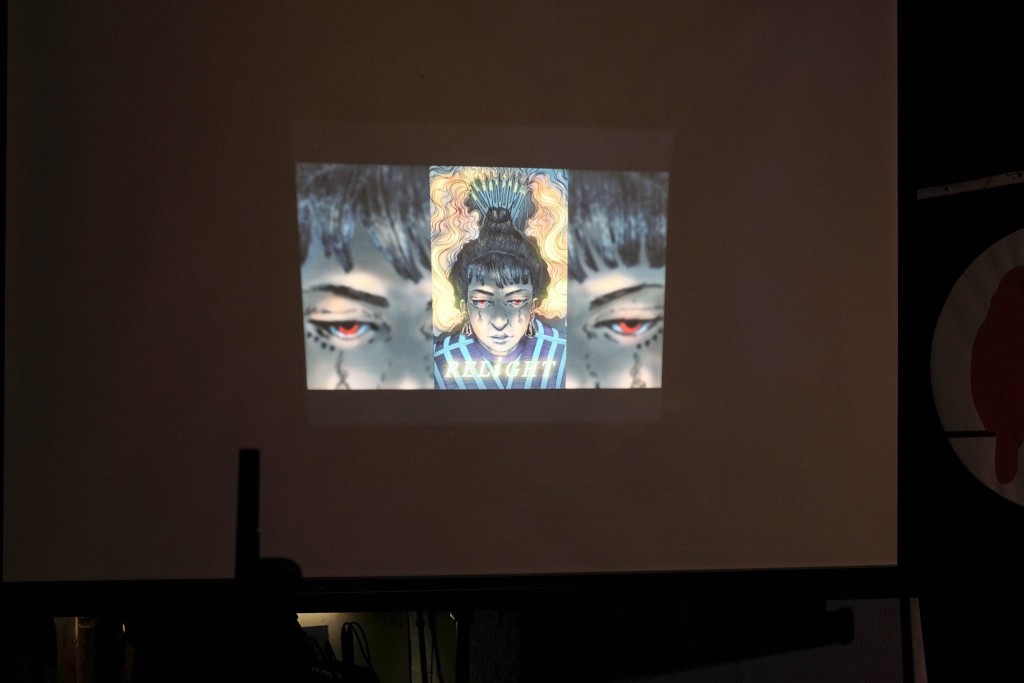 In case you haven’t heard, a group of individuals from the city started an event called ReKindle which aims to bring old and new artists together. It’s also an event that allows sleeping artists (this may be you) to showcase their work and get appreciated. I attended the second event which was named ReLight last December and I’ve gathered reasons why you shouldn’t miss an event like this ever again: There’s always some form of art during a ReKindle event. It could be digital art, paintings, sculptures and even paper cutting art which was mesmerizing to look at. If you’ve yearned for some art in your life, this is the perfect event to go to quench that yearning. Wow – a good word to describe the performance of Binhi Creatives (Photo by Bencent G.)

I feel like music and art go hand in hand. Aside from art being present, there’s also music that everyone could appreciate. My favorite number was by representatives of Binhi Creatives. They weren’t your conventional sing-while-playing-the-guitar kind of number. The lead singer (or speaker) was reciting poetry accompanied by music from the guitar. I loved that they did a number about the environemnt and mother nature seemed to love the number too. She showed her approval by bringing strong winds our way while the number was happening. The event was held at Tippy’s Bistro (Photo by Bencent G.)

Interesting is actually an understatement. Most of the people I’ve met during ReKindle events are borderline strange BUT, guess what, that’s what makes them special, unique and refreshing to be with. I was there so you can also label me as borderline strange. You could be borderline strange too which is why you need to get with the flock. We’ve been waiting for you.

This was taken last night at RELIGHT (encore of REKINDLE). The guy in the pic is Lui and the #woman right behid him is Rosa (correct me if im wrong), the #environmentalist, spreading positive energy with her dance. It is events like this that awaken the #artist in you. If you missed this #bacolodevent, watch out for the next one..I met a lot of interesting and artistic people last night, I listened to #poetry and had the best time. #blog #bacolod #Negros #rekindle Have you ever thought about what a girl feels when you call her out on gaining weight? You’ll know if you heard one of my favorite pieces by Zenki Drillon entitled “The Fat Girl”. Have you also ever thought about a gay couple’s relationship woes? You’ll be very acquainted with it as soon as Lui is finished with his piece. Kidding aside, you’ll definitely gain insights on things you haven’t thought of before and that’s food for your soul. Here’s Lui being Lui, longing to sing at the next event (Photo by Bencent G.)

5. Laugh Your Ass Off Here’s Dave and he’s explaining something (Photo by Bencent G.)

I met this guy Dave during ReLight and he’s the kind of person people want to be around with. He’s funny and what I like about his jokes is that they’re well thought of and witty. He doesn’t throw sexual punches (most of the time) but, instead, encourages the audience to have an engaging banter with him while on stage.

6. There are Always Pretty Girls During ReKindle Events Alvin with pretty girl Kath. Alvin is not a girl but he seems like a romantic which girls love. (Photo by Bencent G.)

Have you seen the girls that come to ReKindle events? Aside from myself (cough, ehem and echoz), you’ll meet a whole slew of women who appreciate art and music, are beautiful but are not blank up their, and can hold up engaging conversations. See for yourself on the next ReKindle event!

Dave, Erl and sorry I forgot the name of the young #artist, reading wonderful pcs by two #writers who wrote #poems, side by side, while gazing at the #beauty of @danjuganisland. #blog #rekindle #bacolodevent

7. Your Spirit Needs it Last reason is this: your spirit is thirsty for new experiences like this. Dude, don’t tell me otherwise because I’ve been through it. Cut through the dull and mundane by adding in a little ReKindle flavor. The event is basically like-minded people hanging out and having a good time. I’ve been dying to have just a sprinkle of this in my life and I know that you do too so watch out for the next event. I’ll expect you there.