What To Expect When You Drop By The Metro Department Store 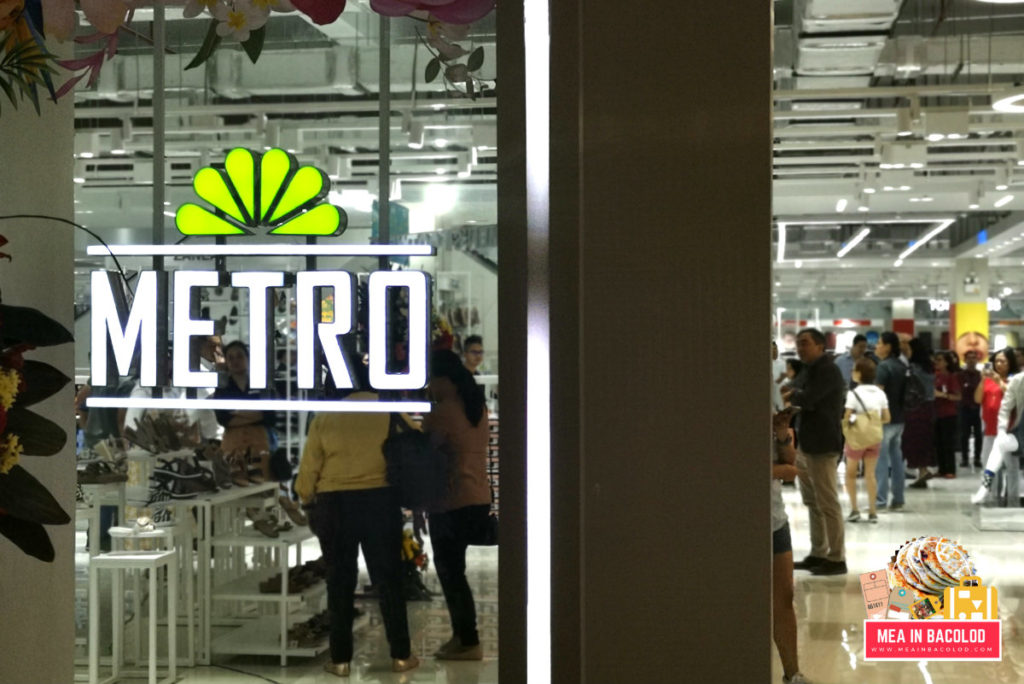 Have you visited Ayala Malls Capitol Central lately? In case you didn’t see, The Metro Department Store Bacolod is already open. Officially, it opened on April 8, 2019, but I was among the few that got a sneak peek a few days earlier.

About The Metro Stores

Victor Gaisano and his wife, Sally, founded the Metro Retail Stores Group in 1982 with the establishment of the Metro Gaisano Department Store and Supermarket. The group expanded to major cities outside Cebu by opening stores in key cities in Central, Western and Eastern Visayas, as well as in Central Luzon, Metro Manila, and South Luzon.

What To Expect at the Metro Department Store Bacolod

We entered the store through the Metro Grocery section. You’ll see an escalator there going upstairs. But, if you go through the mall, you’ll easily access the Metro Department Store Bacolod because it has plenty of entrances. So what can you expect when you drop by for a visit?

There were plenty of items to see. The products weren’t just limited to Men’s or Women’s wear. There was something for the entire family. From clothes, shoes, kitchen and home items (including appliances), as well as school items. Of course, my favorite section is the Cosmetics & Fragrance.

After the opening, I was able to go back to Metro Department Store Bacolod to check out their Ladies’ Clothing Section. I was able to buy three square pants for P1199.25 (P399.75). The quality of each one was alright. The fabric wasn’t thin at all. As for the rest of the items, the price tags they had were decent. The Metro Department Store Bacolod definitely offers good value for your money.

Since the Metro Department Store Bacolod is new in town, visitors can expect a lot of opening-sale items. I saw that some of the furniture on had a 20% price discount. The square pants that I bought were discounted at 10%. Instead of paying P1199.25 for them, I paid P1079.32.

If you don’t have any cash saved up for new furniture, check out the No Downpayment installment plan that the Metro Department Store Bacolod has going on. Definitely, you’d have to apply first. For more details, please contact The Metro Stores on Facebook, or you can visit Ayala Malls Capital Central.