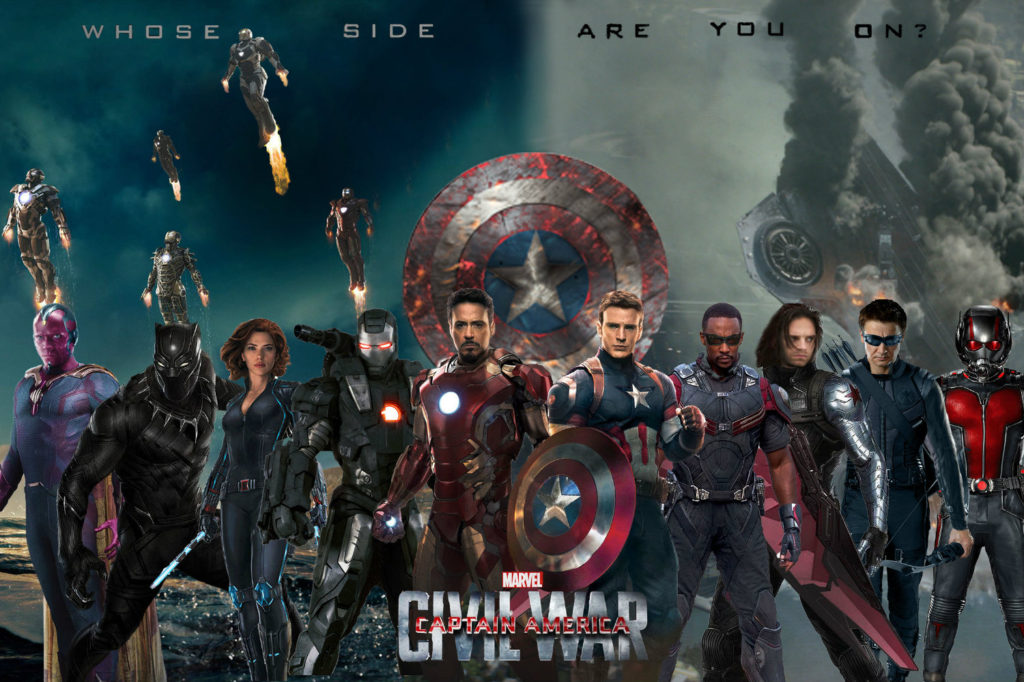 Gionne: Mom whose team are you on?

Me: Captain America because he always does the right thing.

Every summer is a chance for us moms to spend quality time with our kids. Because I am a freelance writer, I’m able to spend time with my son regularly, but more so now that he doesn’t have school. Last Sunday, we went to see Captain America: Civil War and I thought that I’d do a Bacolod movie review (with complete details) so moms out there will know if its a good movie to see with their children or not.

I have an 8 year old. According to this illustration, he is able to concentrate for 16-40mins which is great for long movies. In my opinion, kids who are 6 years old and below (with the attention span of 12-30mins or less) might have a harder time focusing on the movie and staying still on their seat . If you’re a movie person, like me, who feels like they’re actually in every movie they see, you might want to leave younger kids at home with yaya for you to have an uninterrupted and relaxing viewing experience.

The Build Up & the Movie Length

The most exciting part is definitely when the two teams battle it out, as we have all seen in the trailers. The build up to this scene is a little slow. There was, mostly, talking at the beginning of the movie which was OK for me, but I could tell that the little one didn’t really care about what was being talked about.

The movie is 2hours and 27mins so, by the time this ultimate fighting scene commenced on screen, my son was already a bit bored.

The Violence in the Movie

Marvel mostly keeps it PG-13. There’s definitely violence in the movie as well as conflict between friends, which are a couple more reasons to leave younger kids at home. My 8 year old didn’t really think much of the whole story line because, of course, all he wants to see are the heroes’ cool powers, but I did have to remind him that it is a movie and it is NOT happening “for real”.

On the day we decided to see the movie at SM City Bacolod, it turned out to be CVG (Convergys) Day so off we went to Robinsons Place Bacolod. First off, let me just say that Robinsons is too far, but there wasn’t much of a choice. The theater was ok, but what I found strange was how the movie began.

It also might have been just me, but I felt like the screen was smaller. We were sitting on the very first row of the upper section of the theater, but I am wearing glasses so it could really be just me.

I would recommend, however, that you go with SM Movie Theater on this one because I’ve always had a more comfortable viewing experience there. The ticket prices are the same (P180 each), but the better experience is definitely at SM.

Ya’ll are going to hate me for this, but I really do feel that the movie has missing elements. It was great to see that the Avengers had to face real life consequences for the things they do for the human race. They save the world, but in the process of doing so, they leave behind destruction to properties and infrastructures, and, not to mention, injuries to civilians. So, the government decided that the best thing to do would be to have a governing body watch over the Avengers, dictating when and where they are needed.

This is a familiar turmoil for us, superhero or not. Do you really have to sacrifice so much for the greater good? Is it possible to do good in this world without compromising anything? There were also a few twists that you’ll be glad to know about when you watch the movie. I just feel like it’s missing something. I give it a 7.5 out of 10.

So should you watch the movie with your kids?

YES if your kids are older than 6 years old and they’re genuinely interested in superhero movies. Leave younger kids at home and enjoy the movie yourself (because there’s nothing wrong with that). The story itself is geared towards older audiences, but there are enough scenes to keep your kids interested. They just have to bear the slow start.

And that’s it for this Bacolod movie review. Check out the (Bacolod) schedules for Captain America: Civil War below.